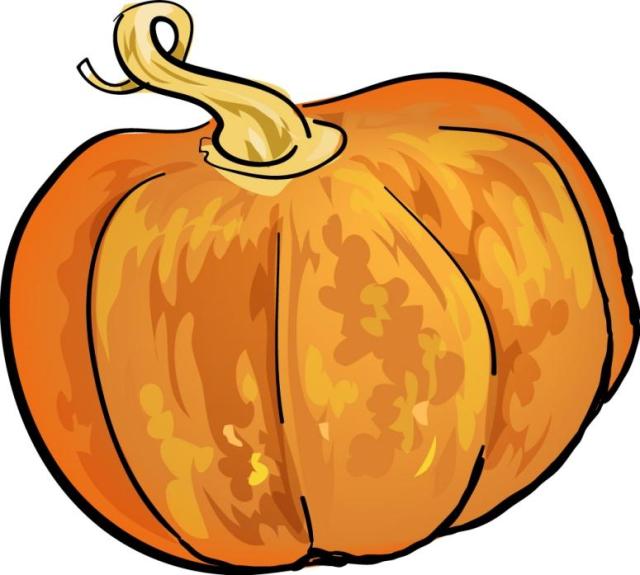 This is incredible, but true: there is no canned pumpkin on the shelves at any of our neighborhood stores. That’s right. With Thanksgiving just a few weeks away, if you want pumpkin, you have to buy a whole pumpkin “in the raw” and make the puree yourself. Not that I have anything against doing that, it’s just that sometimes – especially in the Fall – I get the sudden urge to make a pumpkin pie, (and whole pumpkins take up way too much space in my kitchen cupboards…)

The photo in this blog is of my very last can. This being a capitalist society, I could probably get about $6.00 for it today. If you don’t believe me, check out the two pages  – yes two! – of canned pumpkin on eBay, selling for outrageous prices.

So what’s behind the shortage? Here’s the “official” story: Libby’s, a Nestle brand, is made from the thousands and thousands of pumpkins grown in the “pumpkin capitol” of Morton, Ill. In case you’re interested, Libby grows only one cultivar of pumpkin: “Libby’s Select,” a “Dickinson” strain. It seems they had far too much rain there in 2009 – about 150% of normal totals. A company spokeswoman says last year’s shortage (I didn’t notice one, did you?) was caused by too much rain, which turned the fields into a quagmire, preventing the tractors from getting in there and harvesting. At this point, the story gets confusing. The spokeswoman claims that they started shipping pumpkin to stores early this year, and that there will be no shortage. So where in tarnation is it, then? 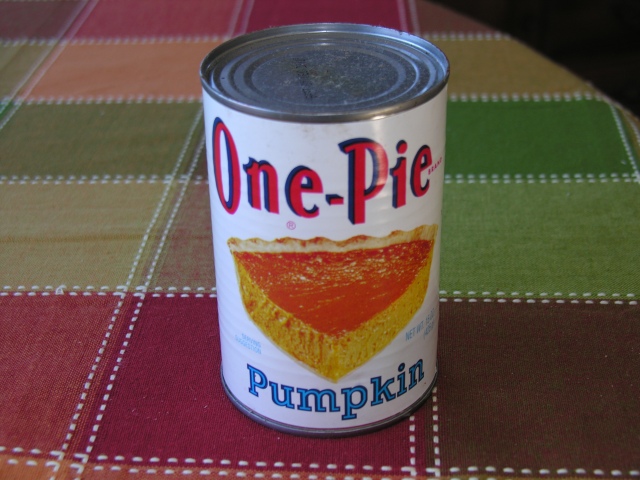 I prefer the “One Pie” brand, which is made in West Paris, Maine. Guess what? I can’t find that anywhere, either. When I asked the supermarket manager why there was no canned pumpkin on the shelves, before scurrying away, he mumbled something about there being a “supply problem” and said it would arrive “soon” whatever that means.

Talking with my aunt in Canada the other day, I mentioned the pumpkin shortage, and she was incredulous. Yes, there was plenty on store shelves in Quebec, and why didn’t they simply import the stuff from Canada? I don’t have the answer, and I’m down to my last can of One Pie. Maybe I should just hang on to it in case the shortage persists right up to Thanksgiving. I could sell it to the highest bidder and pay for our turkey.

If you need a “from scratch” pumpkin puree recipe, you can find one here.