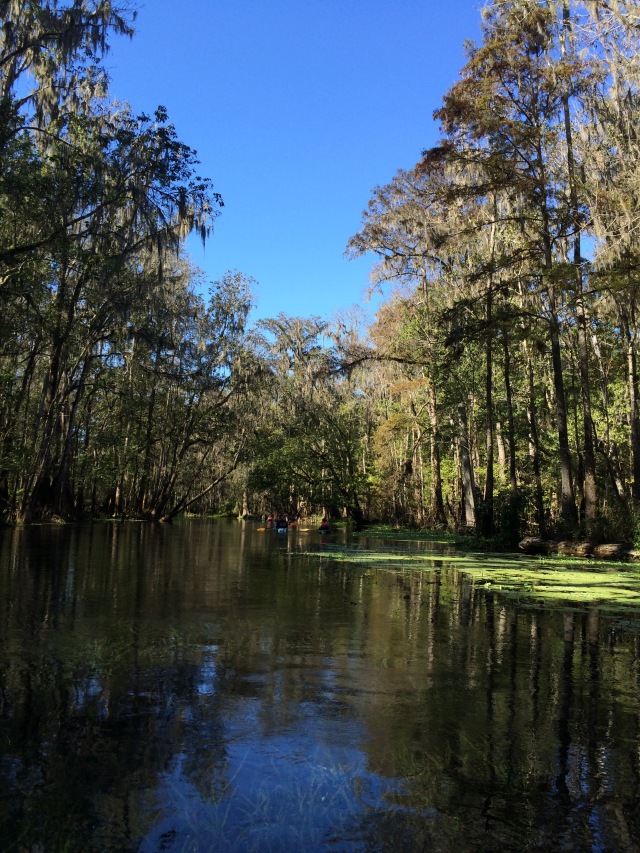 This is the Ichetucknee River, not far from Gainesville, Florida. As a participant in this year’s McCormick Specialized Reporting Institute, I not only got to see it, I got to paddle it.

We began our river trip here, at the headspring of the river – in other words, where the river begins. Notice the incredible clarity of the water. This is where groundwater comes up from the aquifer and becomes surface water.

The specialized reporting institute, entitled “Covering Water in a Changing World” focused on climate change and water, helping journalists understand the science and policy surrounding this resource. It took place at the University of Florida in Gainesville. 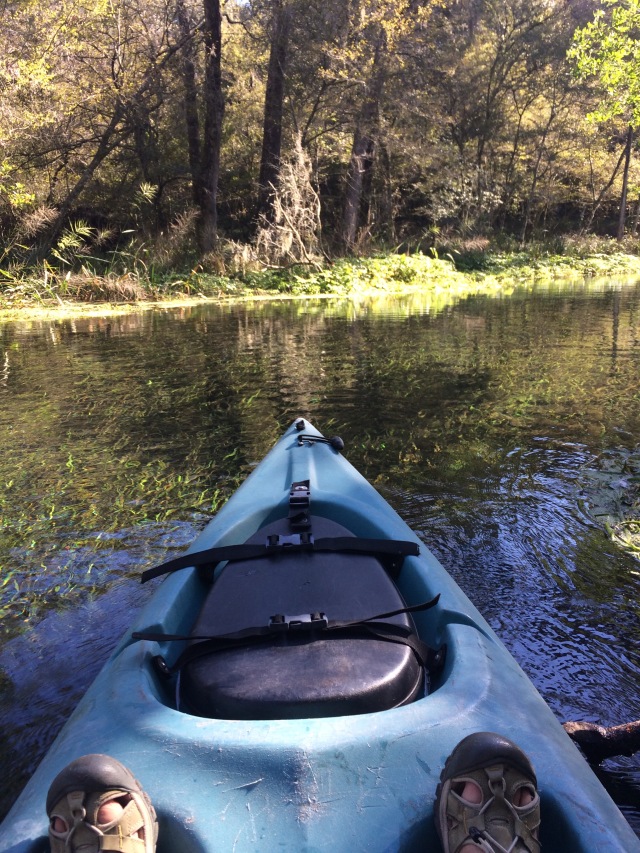 I have been to Florida, but never to the northern part of the state. It is very different from my home in RI. It even smells different: tropical and green with a hint of smoke. Organizers of this event hoped that a morning on the water would give us a deeper understanding of what we’d be talking about over the next couple of days. They were right. 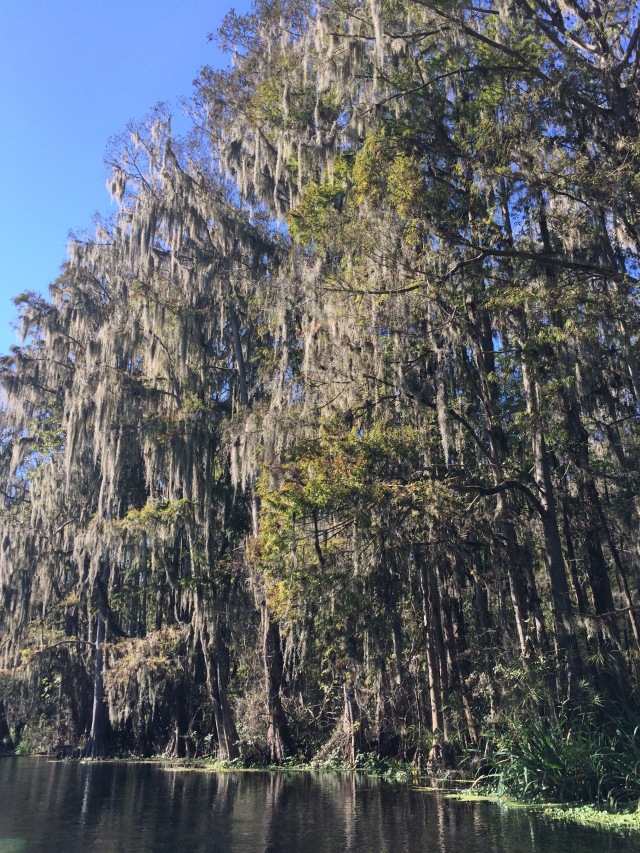 The cyprus trees are festooned with Spanish moss, which is not really a moss but an epiphyte that grows on the trees but does not parasitize them.

This was a pleasant, easy paddle. The Ichetucknee  flows to the Santa Fe River, then the Suwanee River, and finally to the sea.

I had to stop and check out these spider lilies in bloom near the bank. Notice how they’re growing right in the water.

I also saw many big turtles sunning themselves on logs. Manatees can be found in the Ichetucknee in the winter, but we were too early to see them.

We ended the excursion with a stop at Ginnie Springs. This spring is clear, but with so many people using it, the eel grass is gone. Pretty to look at, though. 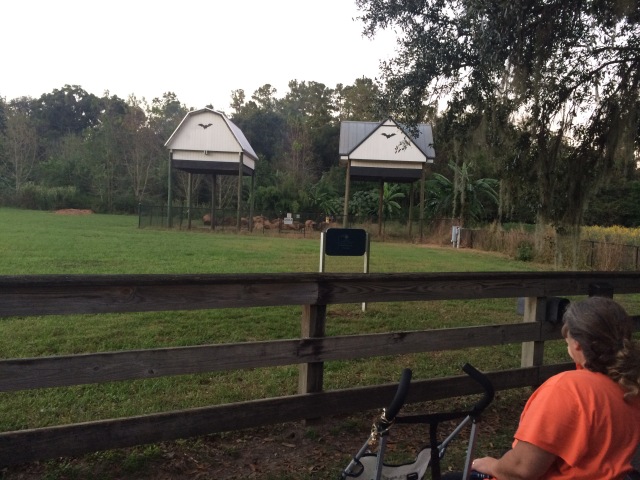 On our last night, we went to the University of Florida’s bat houses, which the university describes as one of the largest bat colonies IN THE WORLD. Some of my colleagues from the West said they still saw plenty of bats, but this was an especially great experience for me, since most of our native bats have been killed by white nose syndrome.

Three species of bats live in the two houses. The most common is the Brazilian Free-Tailed bat. They share the roost with Southeastern bats and Evening bats. All three species were completely new to me, and I was thrilled when, about 15 minutes after sunset, they began pouring out into the night. Not just thousands, more than 100,000. Wow. And they do us all a huge favor by eating millions and millions of insects every night.

Here’s a link to more information on Brazilian Free-tailed bats. I think they look a bit like winged chihuahuas.

14 Responses to On the water