First in the nation 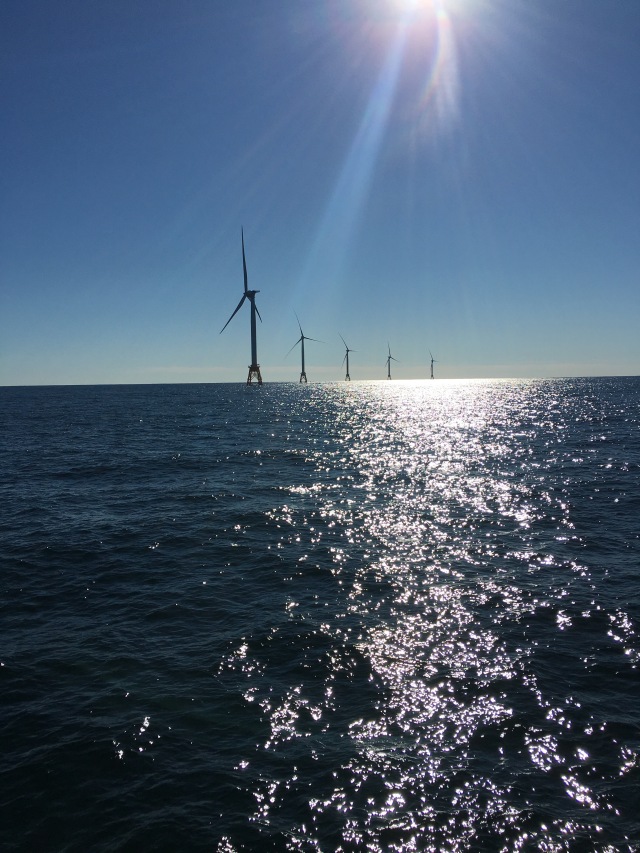 These five turbines sit 3 1/2 miles off the coast of Block Island, RI. Deepwater 1  is the first offshore wind farm in the United States, and a very big deal for “Little Rhody.” You can see the turbines from the beaches of the south coast, but recently, I was invited by Rhode Island Sea Grant to see the wind farm from the water.

We travelled to the wind farm on a high speed ferry, which left from Newport. The trip took less than an hour. At one point, the captain had to stop the vessel to allow a large pod of Atlantic white-sided dolphins to swim past. Rather than swimming by, they decided to linger for a while, coming right up to the boat to check us out. It was an unexpected and delightful bonus.

When we reached the turbines, the platforms and towers seemed immense from the water, and they are: 684 feet tall with blades that are 240 feet long.  The project cost $300 million to build, and the turbines are expected to begin producing power in November. 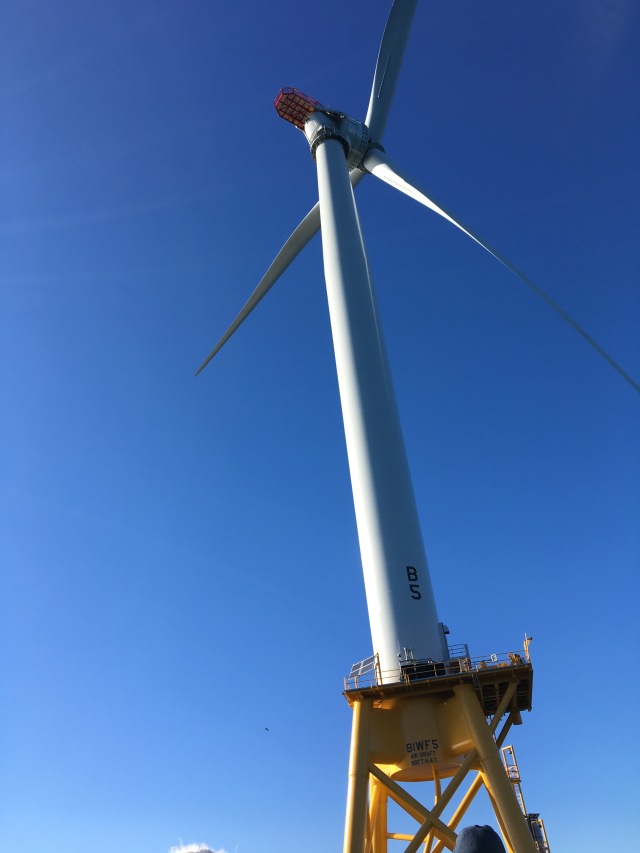 Here’s one of the turbines. My neck got sore looking up at them.

This installation will supply all of Block Island’s electricity, replacing a polluting diesel generator. Power will be sent to the mainland through an underground cable which has been buried 10-feet under the sea bed.

Whether or not you support wind power – and some people don’t – seeing the turbines up close is a memorable experience.

8 Responses to First in the nation