This plant, which looks for all the world like a succulent, is an orchid. Angraecum distichum is from Africa, and has tiny, white flowers. Orchids are among the most diverse plants on earth, and I enjoy growing the more unusual ones because, when they’re not flowering (which is most of the time) the foliage is interesting.

Epidendrum porpax is native to Venezuela and Colombia. It has greenish flowers with dark pink centers. I like the foliage, which is sort of rambling out of the pot. 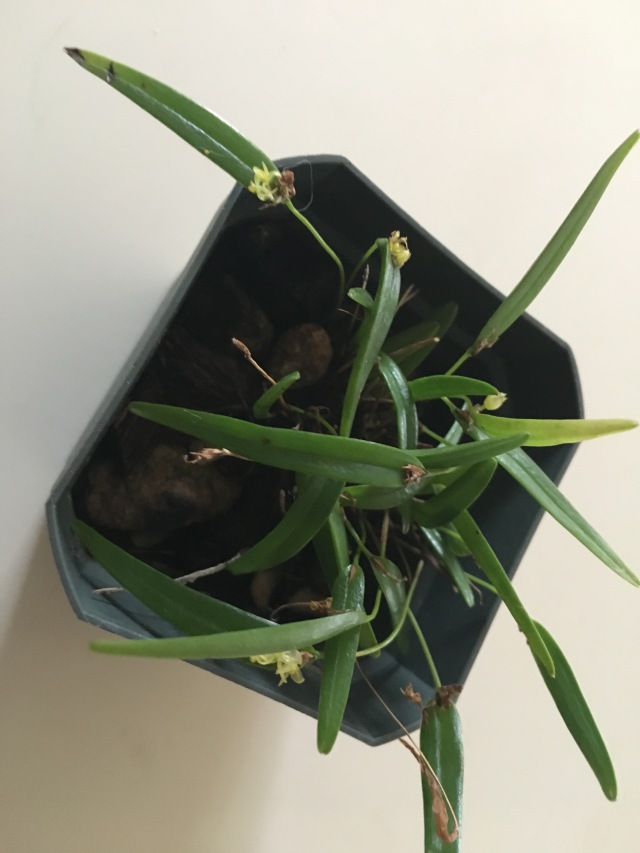 Specklinia Pruinosa is an interesting Pleurothallis that I purchased from a South American grower who spoke at my orchid club. Shipping is always really tough on orchids, and when I bought it, it had just a single leaf. I wasn’t sure I was going to be able to bring it back, but it’s doing fine and even blooming for me right now. Like most of my orchids, this is a miniature that lives on a windowsill humidity tray.

The leaves of Sophronitis cernua are also intriguing. This orchid grows in Brazil and attaches itself to rocks. I have had this miniature orchid for several years and it is a reliable bloomer.

This orchid last flowered at the end of January. I really love the red-orange color. 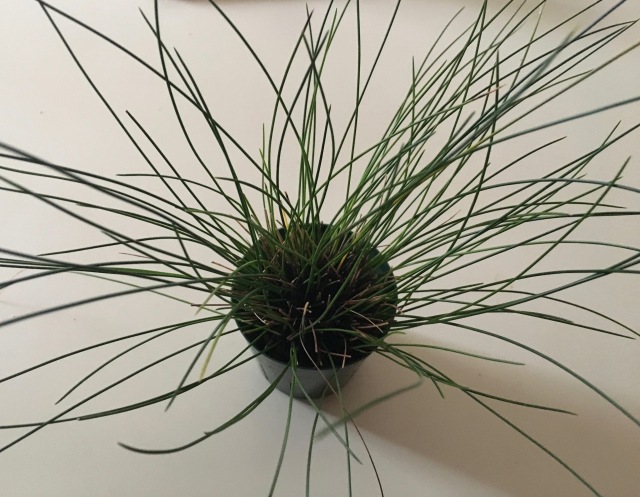 And this orchid is Dendrochilum. Its flowers are not very spectacular and tend to blend in with the grass-like foliage, but the plant is interesting and easy to grow. 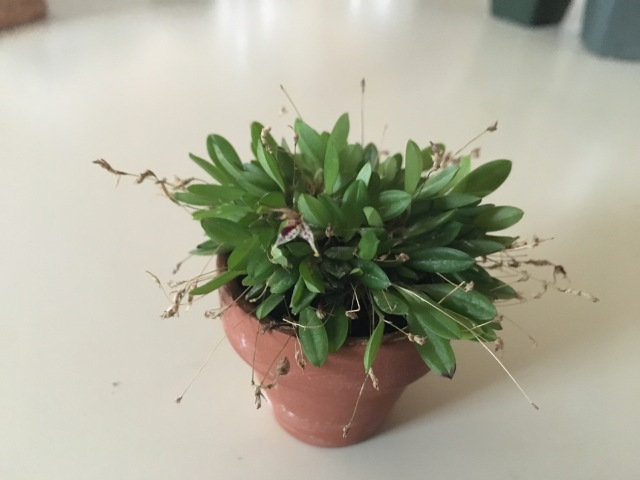 Finally, Pleurothallis alata, which is my smallest orchid, and one I have had for about seven years. It is about an inch and a half tall. You leave the spent blooms on the plant and new flowers will emerge. I once had an orchid show judge tell me he “didn’t know what to do about this plant” because it is so tiny, it’s almost impossible to display at a show.

There is so much more to orchids than those white phalaenopsis that seem to have taken over the home improvement shows on TV. If you’re interested in orchids, you might want to try growing something different sometime.

2 Responses to Those are orchids????