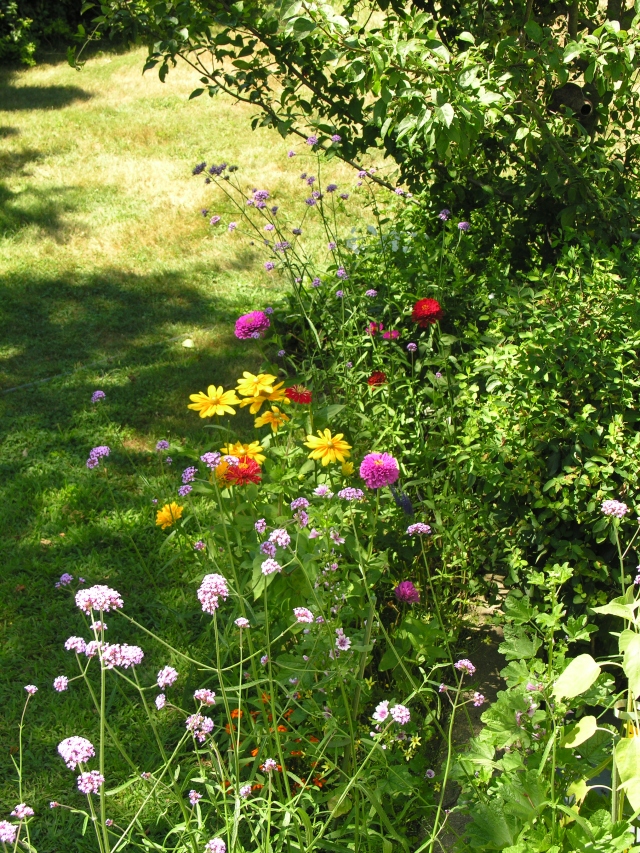 "State Fair" in my garden

I remember a little bit about zinnias from when I was a child. My mother, who was not an enthusiastic or particularly competent gardener, planted some in our back yard. I don’t recall any more than that.

A couple of years ago, I needed some color and had a few bare spots to fill in my border, so I bought some of the old “State Fair” strain. Weeks later, I was rewarded with sturdy, hassle- free annuals in wonderfully bright, jewel-like shades. They made terrific cut flowers, and the hummingbirds and butterflies loved them, too. I was hooked.

Of course, as is so often the case when I like something, once I had fallen in love with “State Fair,” it was almost impossible to find in subsequent years. I had to settle for “Cut and Come Again” and others.

This year, I ordered zinnia seeds. While I actually found a source for “State Fair,” I ended up being swayed by the accolades being heaped upon the “Benary’s Giant” strain. To me, they look very much like good old “State Fair,” but the catalogs and reviews assure me that the Benary (developed in Germany) is by far the biggest, best, most colorful zinnia EVER.  So I bought a packet of “Benary’s Giant,” and they have already impressed me by germinating in about 48 hours. So far, so good. I’ll let you know how I like them in my garden.

I will leave you with a bit of zinnia trivia:

They’ve been around for a very long time, and were named after Johann Gottfried Zinn, who died in 1759!