Every mansion needs a gargoyle

Recently, I spent a glorious September Saturday visiting Planting Fields, a 400-acre estate on the North Shore of Long Island, NY. The house and grounds are excellent examples of what is known as the “Gold Coast era.” In other words, money was no object, and materials and landscapes were beyond lavish.

The estate got its name from the Matinecock Indians, who had cultivated crops there. As New York City grew increasingly congested in the 1800s, those who could afford it took advantage of the  bridges and escaped to the Long Island countryside. 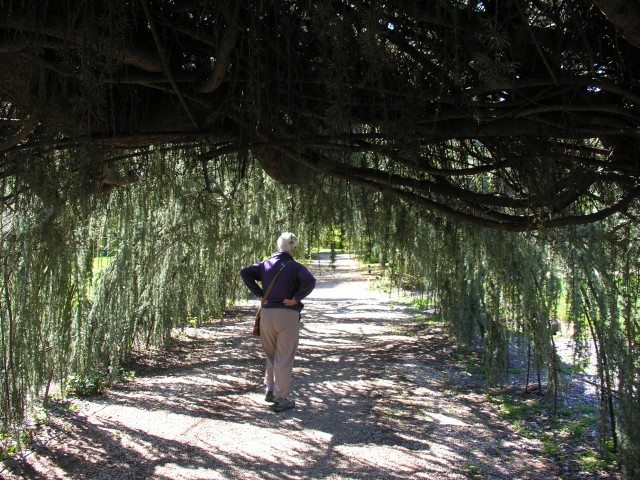 Planting Fields was built in 1904, but it was William Coe and his wife who transformed  the house and grounds when they purchased it in 1913. The famous Olmsted brothers oversaw many of the projects, which included the construction of several greenhouses. The Camelia House boasts the largest indoor camellia collection in North America. 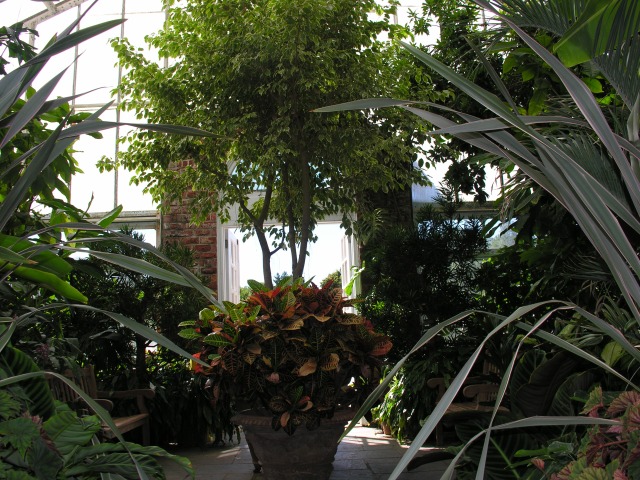 One of the greenhouse displays

I was thrilled to see many ancient and immense specimen trees, which had reached their full potential because they had been planted with enough room to grow.

The weeping silver linden took my breath away. When you walk under it, you can see how its branches have grown into, and in some cases, enveloped their metal supports.

Other plantings are not particularly interesting or special. There’s a dahlia garden, a rose garden which features mainly “Knockouts” and numerous common perennials, many of which surround the Italian Blue Pool garden.  The State owns and manages the property now, and I suppose it makes ecological and economic sense to use sustainable plants, considering how much it must cost to maintain the house and grounds. 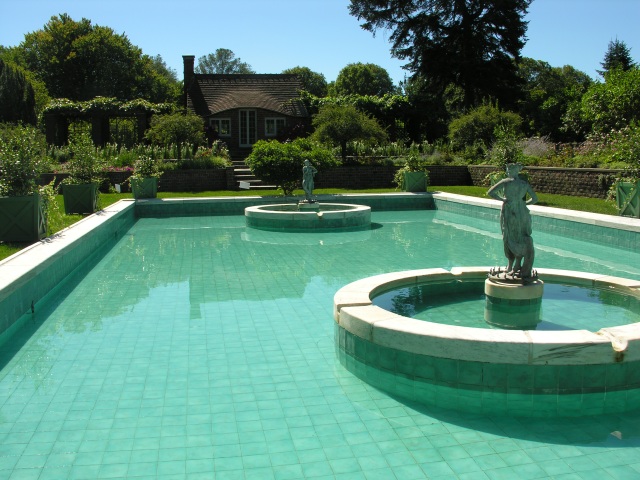 Speaking of the house, it is called “Coe Hall” and boasts 65 rooms, all predictably grand. This stuff doesn’t particularly excite me, but I did enjoy the antique furniture and stained glass from Europe, which dated back to the 15th century!

One of many priceless and ancient stained glass windows