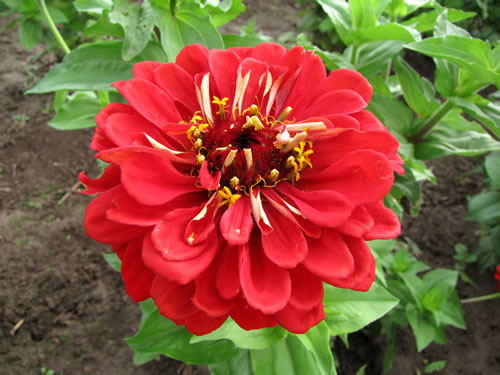 Well at last, there’s some long overdue recognition for a great annual, a garden workhorse, and an all around terrific plant. Ladies and gentlemen, the 2011 National Garden Bureau Plant of the Year for 2011 is…the zinnia! Think of the thousands of plants  the zinnia had to beat out to receive this accolade. Totally deserving, I say, and the National Garden Bureau obviously feels the same way.

But the Bureau’s news release explains that zinnias were not always admired: “When the Spanish first saw zinnia species in Mexico, they thought the flower was so unattractive they named it mal de ojos, or “sickness of the eye!” For a detailed history of the zinnia, (perhaps more than you ever wanted to know) click here.

Zinnias are members of the Asteraceae family. There are more than 12 species, but it’s  Zinnia elegans (syn. Z. violacea) that we see most often in gardens. Then there’s the lesser known, small-flowered angustifolia, a low cultivar which I have grown and liked. 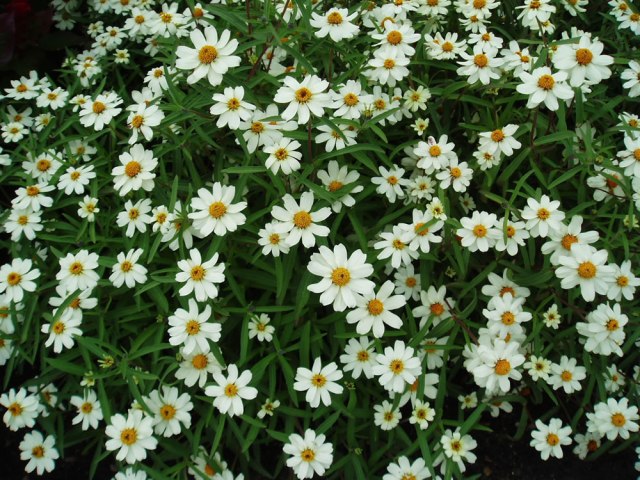 A great thing about zinnias is how many different types and different growing habits there are. The compact, spreading cultivars like “Profusion”  and “Crystal White” are very popular these days.  I prefer the in-your-face impact of the large, intensely colored cultivars, especially the new “Benary’s Giants” which were introduced last year. These are tall, upright plants, easy to start from seed, that form a wonderful hedge of color, which is very attractive to butterflies and hummingbirds. If you care to read more of my gushing about the Benary’s, go here.

A few other things I like about these plants: they are great for cutting, they don’t need staking, and they are quite low maintenance. At the end of the last season, the Benary’s were showing signs of powdery mildew, but that wasn’t until I was almost ready to yank them, anyway. The best way to prevent this is to avoid getting water on the foliage – impossible, of course in a rainy summer.

I know that some gardeners look upon zinnias with disdain. Too bad for them. To me, a summer garden just isn’t complete without them.