Posted on December 8, 2011 by dirtynailz 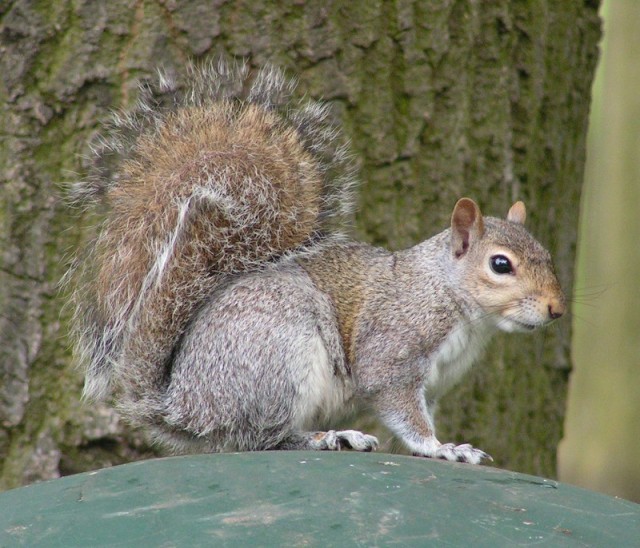 Since I seem to be in a “squirrely” frame of mind these days, let’s pause for a moment to consider the great squirrel migrations. Yes, like the mighty bison, gray squirrels did indeed migrate in huge numbers, across rivers (they are strong swimmers) and through fields, apparently eating everything in their paths.

The earliest records of these phenomena are in the mid-1700s. They apparently took place following “mast years” when the trees produced bumper crops of acorns and the animals reproduced accordingly, having two litters instead of one. If acorn production was low the following year, squirrels by the hundreds of thousands moved elsewhere looking for food. People shot them and even scooped them up from  boats as they tried to swim across rivers. Back in those days, people ate squirrels, you know….many still do. Did you know that the gray squirrel is the “official wild game animal” of Kentucky?

The last recorded migration was in the the fall of 1998, but I think we  experienced one this fall. There was a record low acorn production, and in September, we began seeing hundreds of squirrels dead on our roads. Were they on the move looking for food? Was this a remnant of great migrations past? I think maybe it was.

16 Responses to The Great Squirrel Migrations