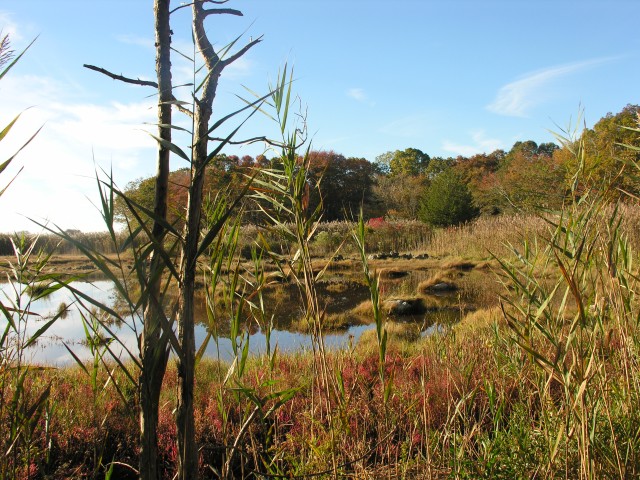 Just when we thought the season was over, we find ourselves watching the news, listening to weather reports and otherwise preparing for Hurricane Sandy.

It is early morning as I write this, and instead of peace and the occasional bird call, I am hearing my neighbors testing and preparing their generators. Even last year in Tropical Storm Irene, which wasn’t considered to be particularly severe, we were without power for five days.

Those of us without generators lost all the food in our freezers, and couples up and down our street were getting mighty sick of each other by the time the power came back on.

My vegetable garden has been put to bed, so we only have to take a few things off the deck and tie down the lawn chairs. I bought a bunch of batteries, we have a camp stove, and there are 12 of gallons of water downstairs just in case.

Of course, Sandy is now the main topic of conversation in Rhode Island, as harried workers haul one boat after another out of the water at the five marinas here.

We always think we have everything under control until one of these monsters approaches. Then we realize how ridiculously powerless we are. The last major hurricane to hit Rhode Island was “Bob,” a Category 3. It’s unlikely that Sandy will turn out to be a big deal here, but we still have to be ready, just in  case it moves a teensy weeny bit to the north. Either way, we’re in for a couple of days of high wind and lots of rain.

8 Responses to Here we go again