In this post, I am just going to post some photos I took around our house before the paltry one inch of snow fell. Happy New Year everyone!

The tide was coming in, swirling sea foam up onto the sand.

There’s a mallard drake hiding behind that little tussock. It’s hunting season, and we are awakened most mornings by volleys of gunfire on the marsh. Very unpleasant, especially given the recent tragedy in CT. I find the ducks and geese more skittish this time of year. This duck was alone. I wonder if his mate was shot. 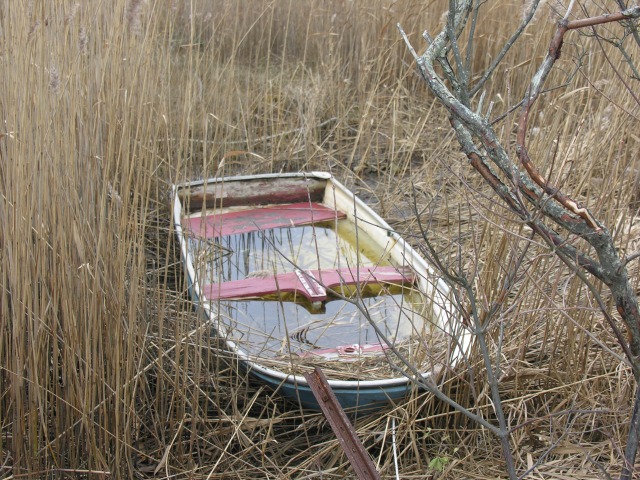 I always wonder why someone doesn’t empty this little boat and use it already. It’s been sitting in the marsh for years.

I guess these people really don’t want anyone walking down their little road. What you can’t see is the security camera on the side. One of the locals opened a restaurant across the street, and they’ve been angry about it ever since. 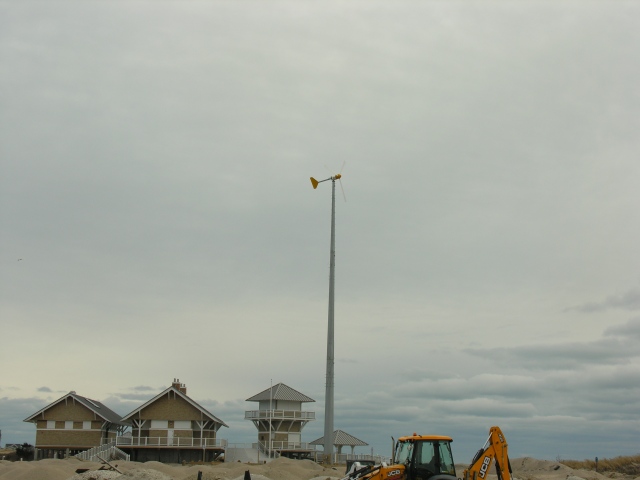 Here’s the wind turbine at the state beach pavilion. It sounds like a freight train when it’s windy, and I’m glad we don’t live near it. I attended a talk on bats by a state biologist a couple of weeks ago, and he told us that these turbines are death traps for bats. Apparently, they’re attracted to them for some reason. So… I guess there really is no such thing as zero impact energy. As you can see, they’re still dealing with the sand deposited by Hurricane Sandy.

Despite numerous gales and a hurricane, this oak was clinging to its leaves, which were relatively intact. Stubborn tree.

7 Responses to Some New Year’s pics