HerbDoc has some thoughts on nettles:

Stinging nettle, Urtica dioica, is an herbaceous perennial which grows from 3 to 7 feet tall and blooms in June.  If you’ve come in contact with it, you won’t soon forget it as it is covered with many stinging hairs (tricomes) whose needle-like tops come off when lightly touched.  These tops contain several chemicals including acetylcholine, histamine and serotonin which cause pain and itching that can last for up to a week.

As painful as its bite is, I wouldn’t be without a patch in my yard.

Fresh nettle has an abundance of nitrogen and is often added to my compost pile as an activator.  In the very early spring, when the leaves are tender, it can be picked and boiled (to remove the stinging hairs) and eaten like spinach.  These young leaves are also very popular in Northern and Eastern Europe where they are made into soup.  Nettle is rich in vitamins A, D, iron, potassium, manganese and calcium.  Do not use as a pot herb after it blooms because it forms cystoliths which may cause urinary and kidney problems.  Dried leaves can be used for teas which were often part of spring tonics.

Stinging nettle was used by ancient Roman soldiers for urtification, a process of flogging oneself.  This was done to treat tired, painful legs on long marches and stimulated circulation!  It has also been used as a treatment for arthritis and rheumatism in Germany, and extracts of the plant are said to control dandruff and eczema. 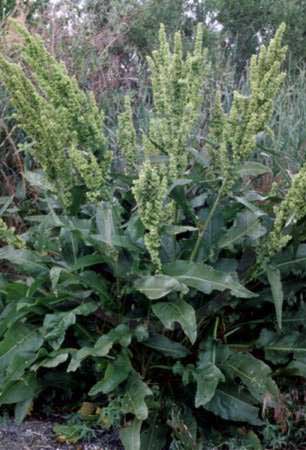 If nettle grows freely in your yard, it is a sign that the area has high fertility and contains phosphorus.  Its growth also encourages beneficial insects.  Should you come in contact with nettle, look for dock, another common weed in Rhode Island.  Rubbing the leaves on the affected area will alleviate the burning and itching.  Other folk remedies include horsetail, Jewelweed, or the topical use of milk of magnesia.

5 Responses to Weed or Herb?